What is Tailwind CSS Component

Tailwind CSS framework is a utility-first CSS framework. Unlike other CSS frameworks such as Bootstrap, it does not come with reusable components like modal, navigation bar, or button.

However, thanks to the great developer community, there is a plenty of websites providing Tailwind CSS components.

Daisy UI builds a design system that is scalable and designer-friendly. It adds component classes like btn, card, and more to Tailwind CSS. It is based on Tailwind's utility classes and all components have low specificity so you can customize everything using utility classes. 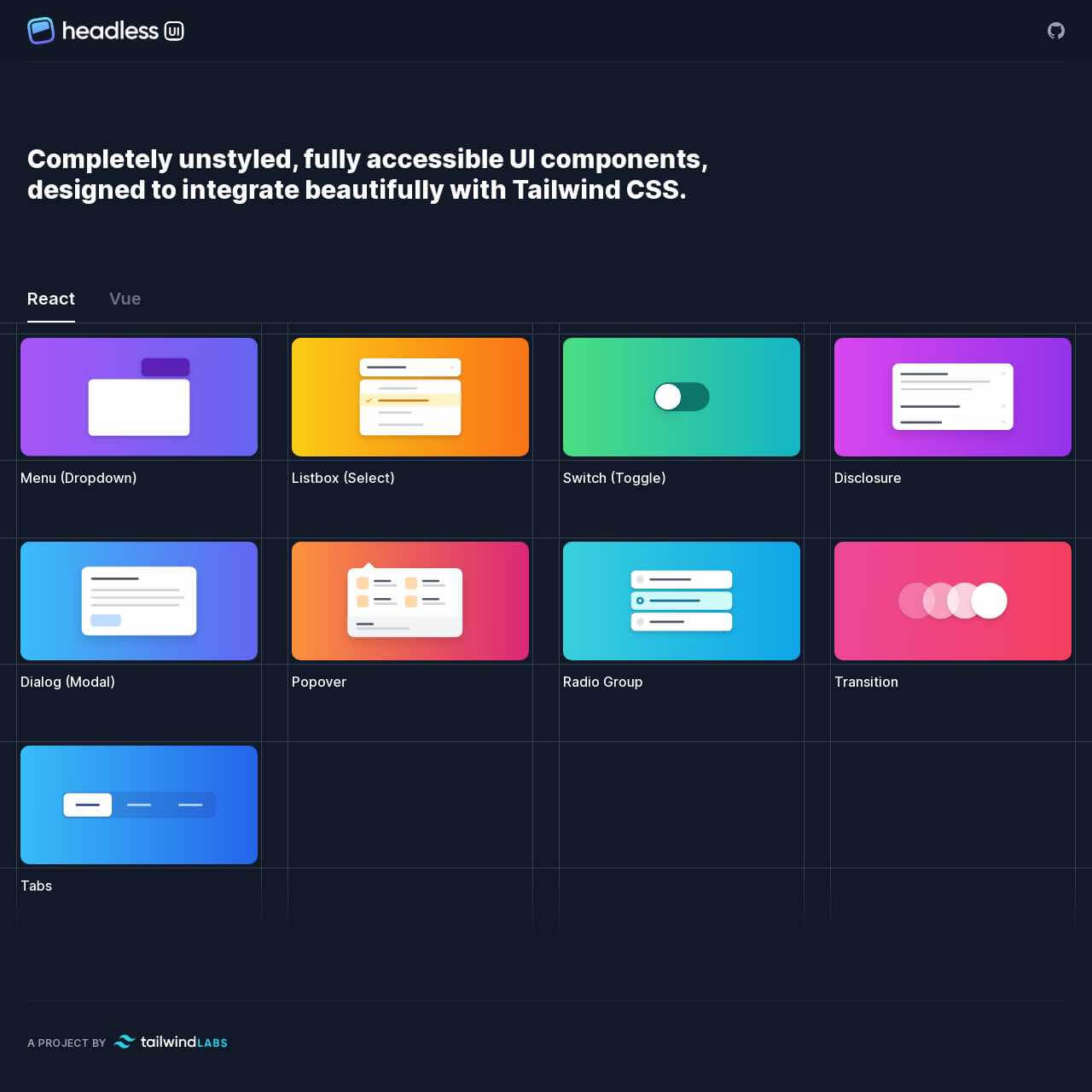 Kometa UI Kit includes over 130 sections, built with TailwindCSS, for your awesome projects. All the sections are fully responsive and available in HTML, VueJS, and React. You can use them on unlimited personal and commercial projects. The best part, it is free! 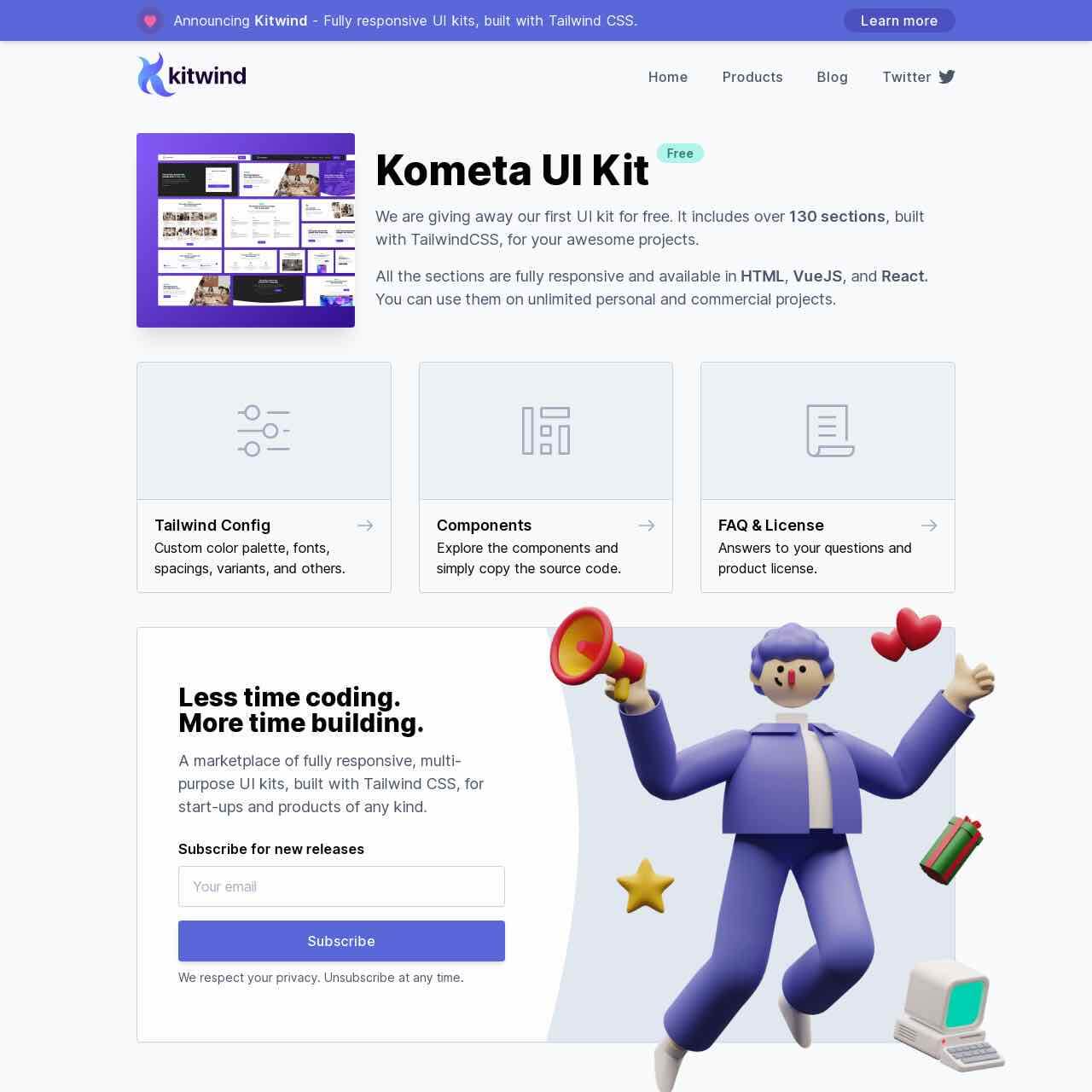 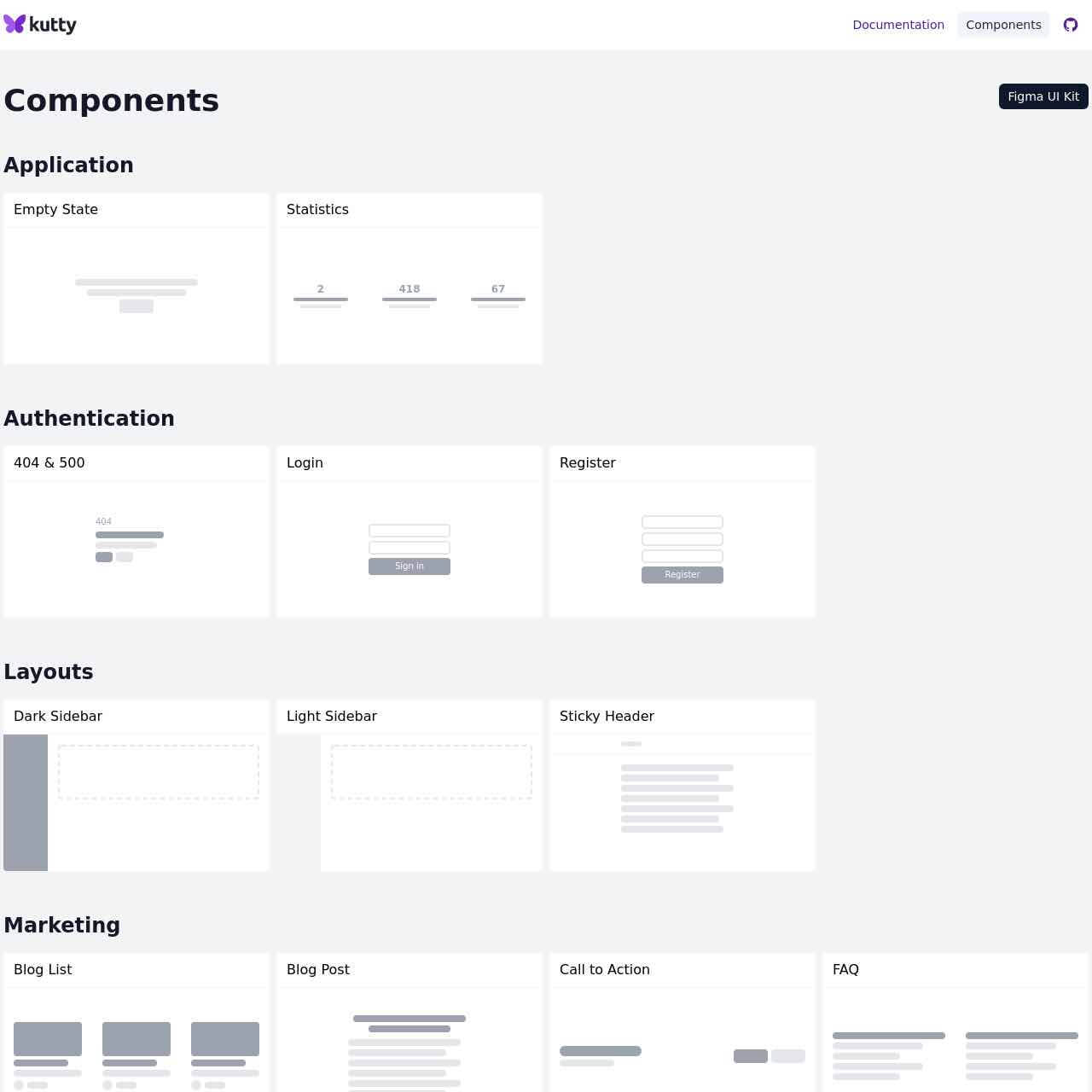 Lofi ui is library of low fidelity web app components built on Tailwind CSS. The components are built be as efficient as possible in their HTML structure and rely on only just enough CSS, via Tailwind CSS, to render them functional. It provides re-usable and re-workable components designed to be hacked at. Start here, add your own style, and build something awesome. 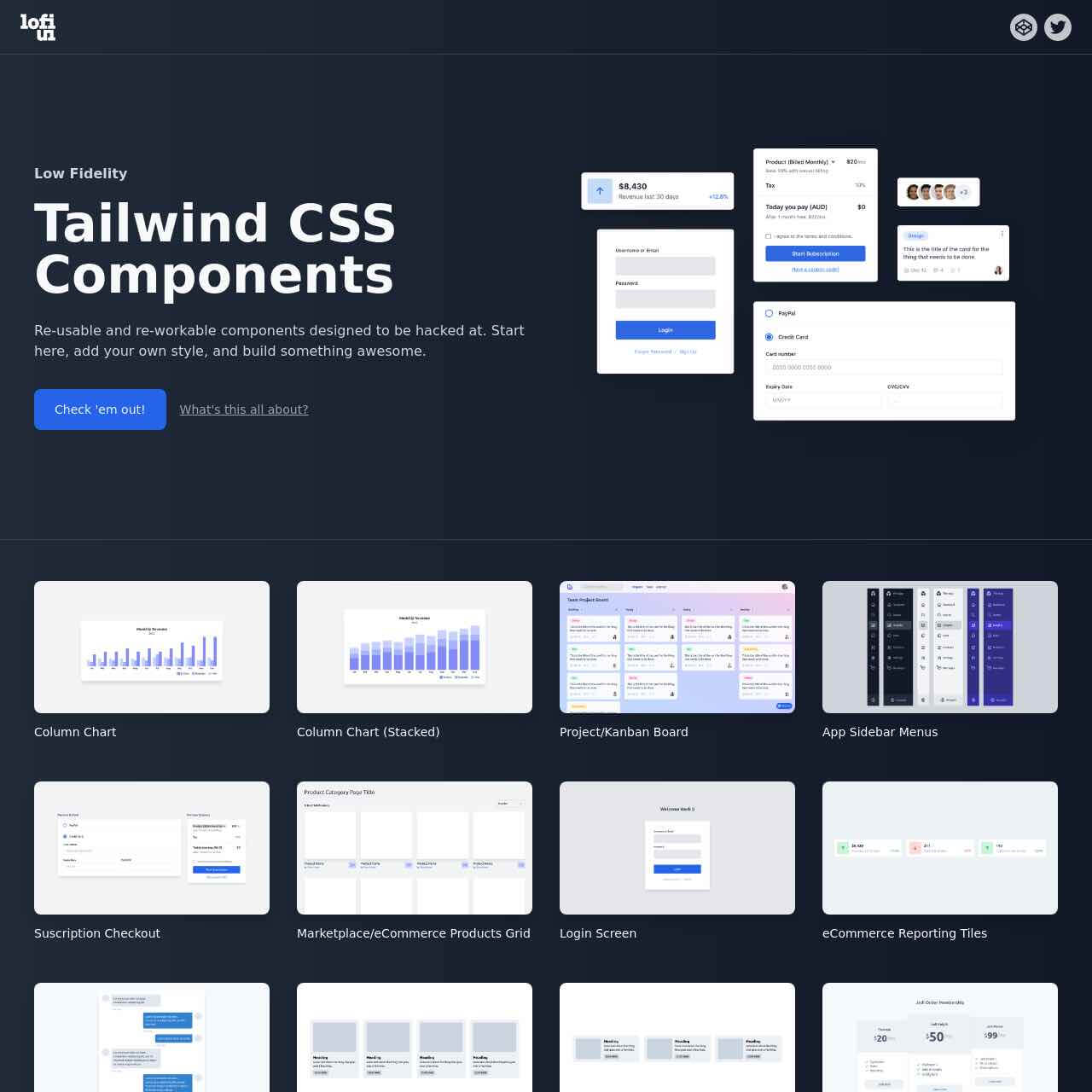 Mamba UI is a free, open-source collection of beautiful UI elements based on Tailwind CSS that make it easy for anyone to build a website in minutes. 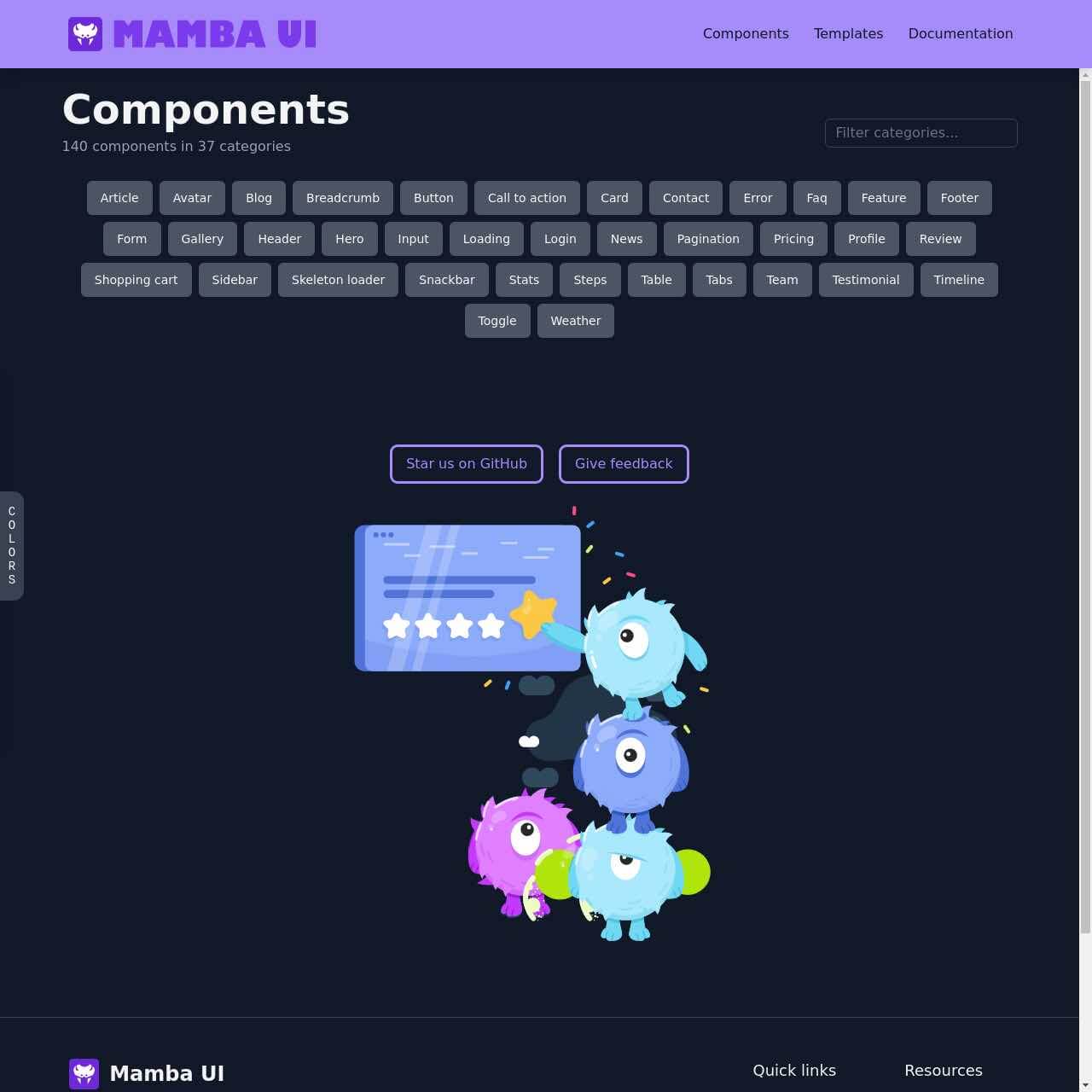 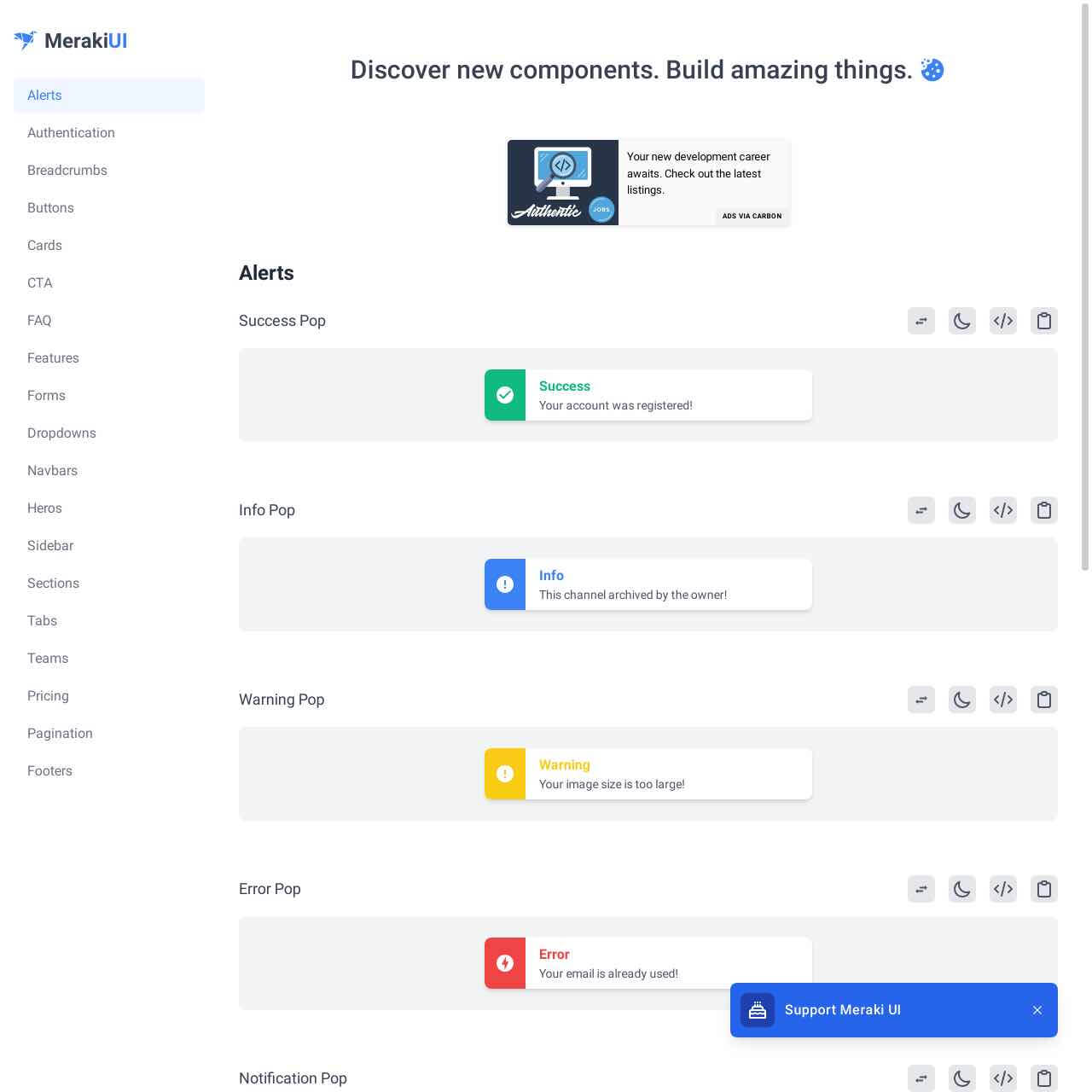 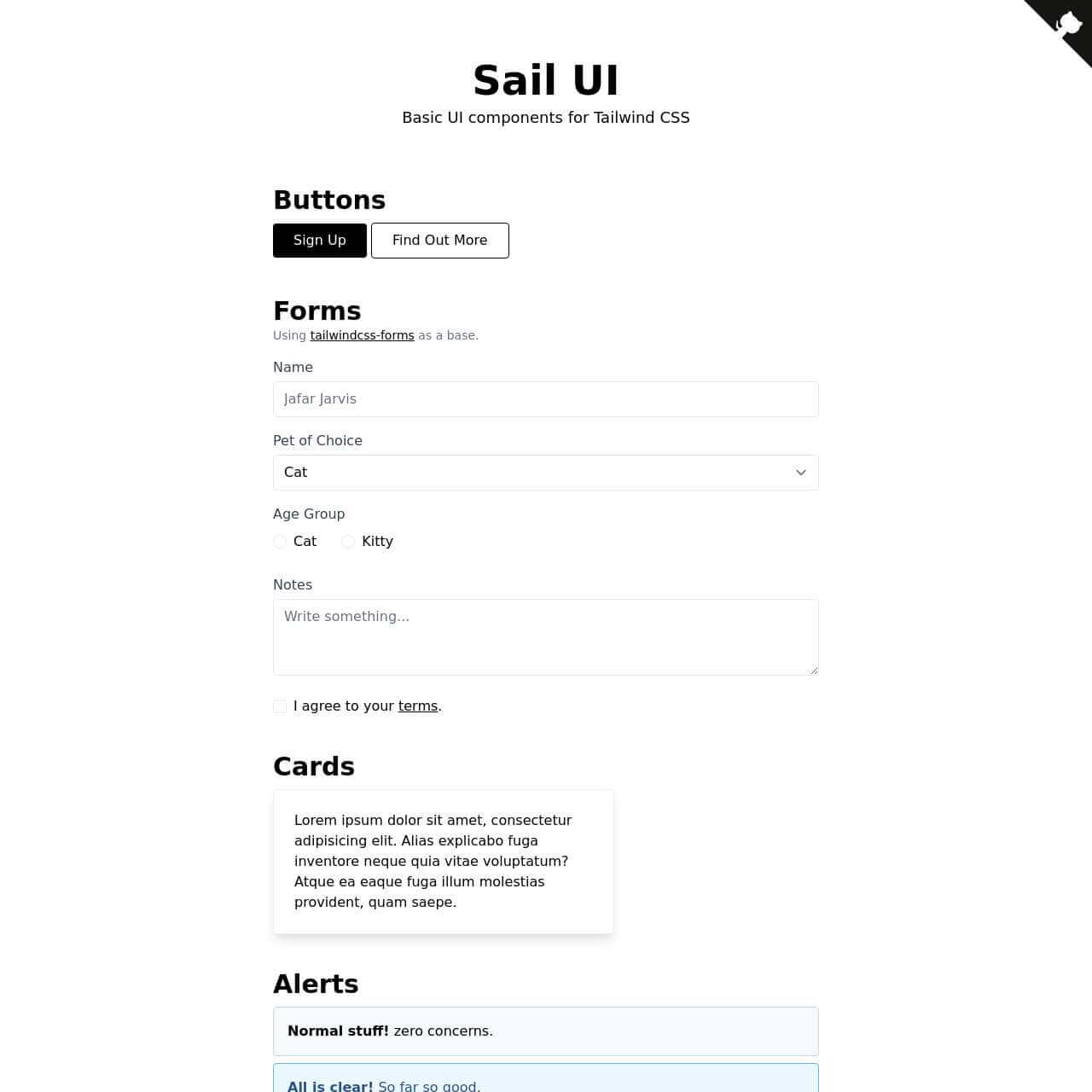 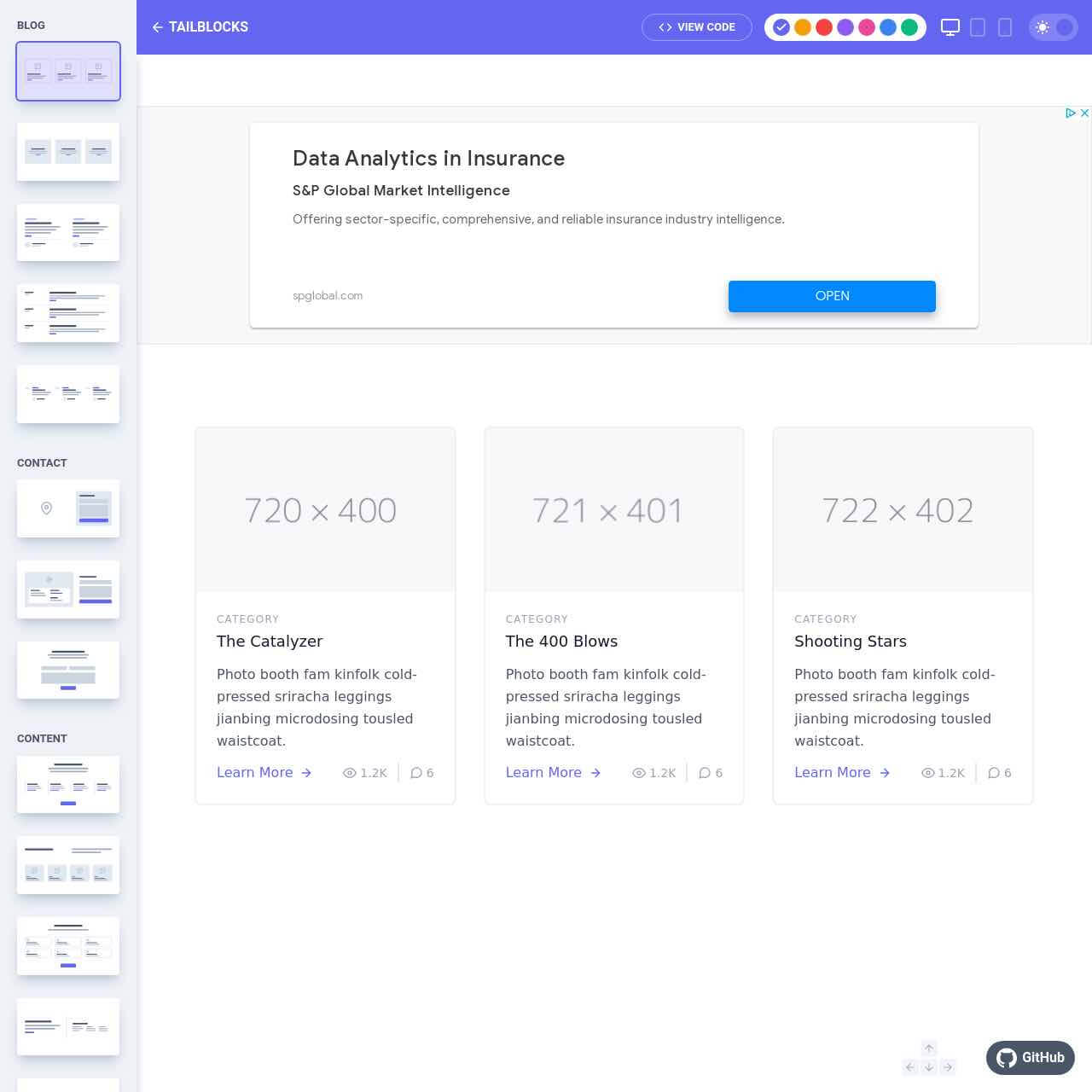 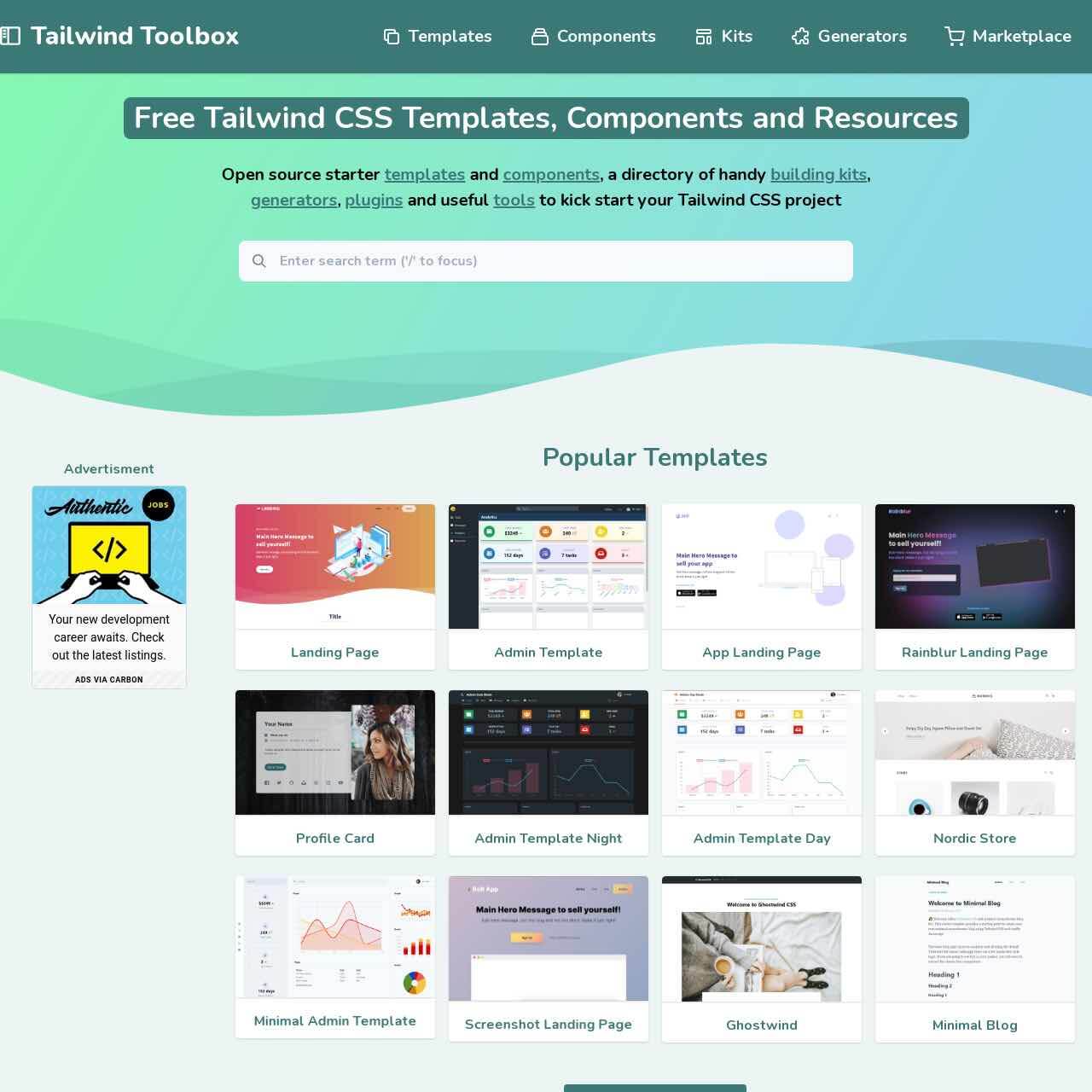 Gust UI provides responsive HTML & React Tailwind CSS components for your next web application. Simplify your design process and get to shipping your app. 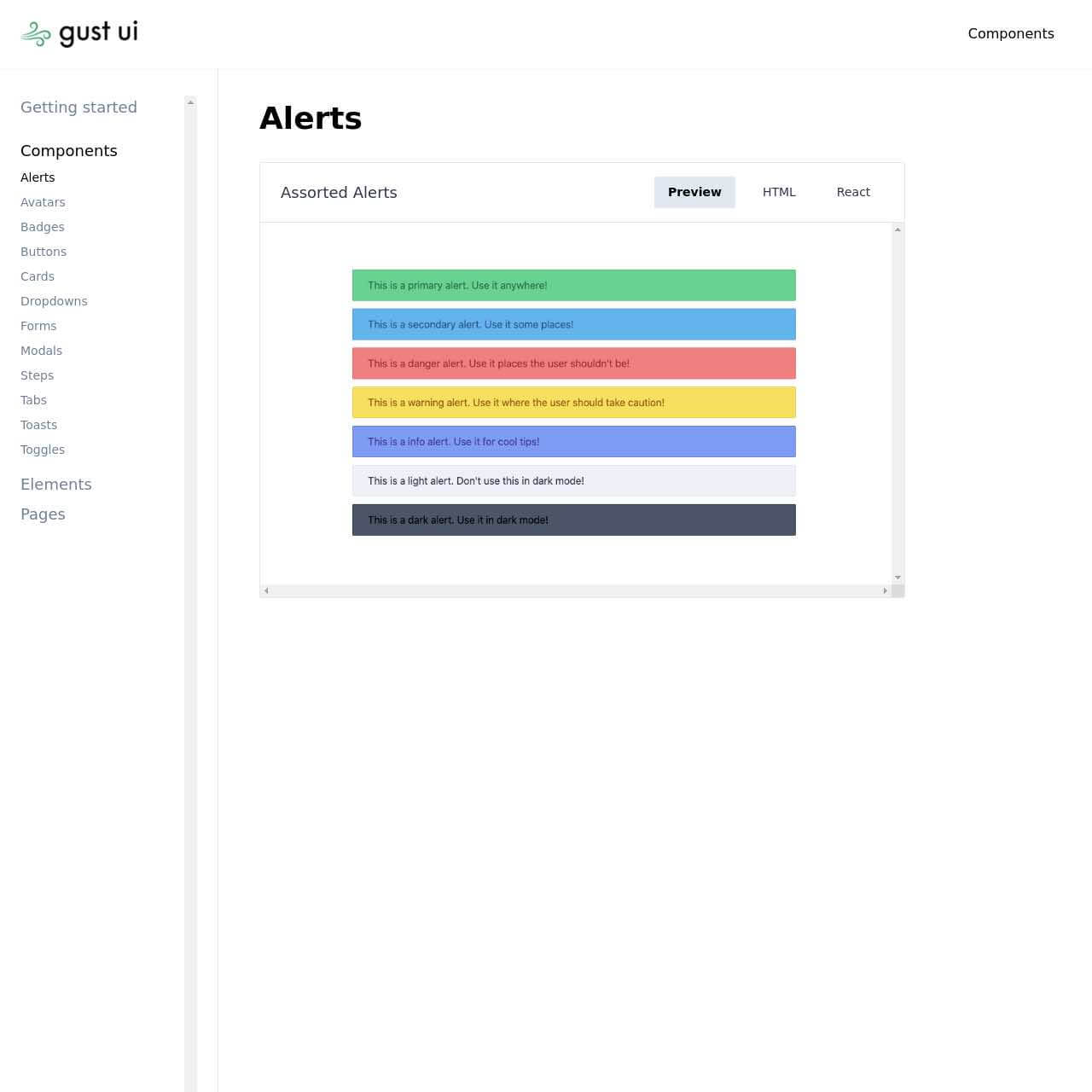 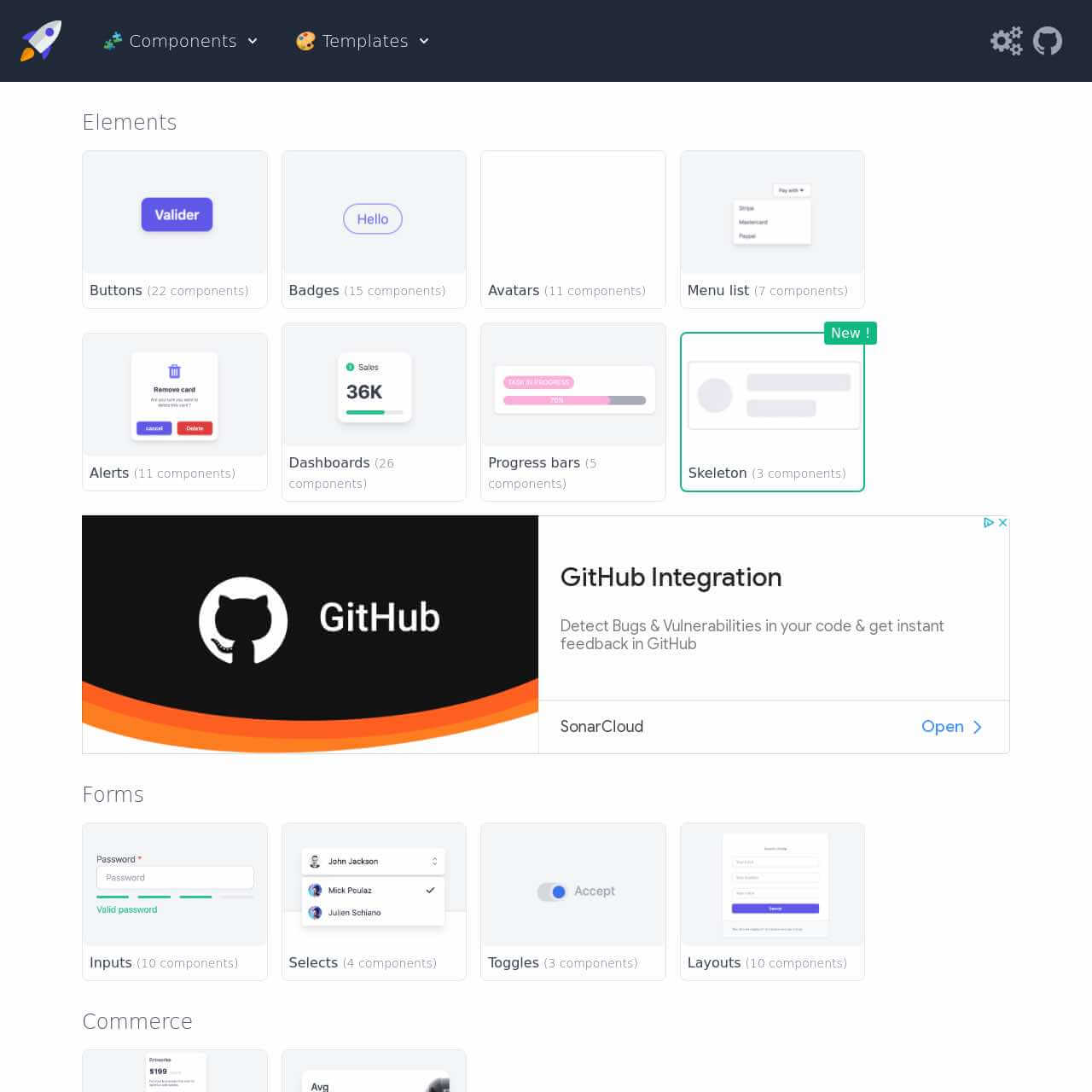 This site is proudly powered by Tailwind CSS and Laravel Livewire